As I sit here at the end of this day that is set to remember Martin Luther King, Jr. I find myself wondering what he would say to all of us if he were alive today. I think he would be disgusted. I think he would find the continuous spending of money that we don't have to be irresponsible. I think he would point out that bailing out companies and banks only teaches children that they can spend what they don't have.

So many of his speeches mentioned the future. Here we are in that future and while we have made many improvements, we have lost a lot. America has lost its pride. I don't mean the pride of being an American. That is living strong. I mean basic pride in your work. Wanting to do a good job, just for the sake of doing a good job.

Please think about the people as you sit and pass laws. Think about our infrastructure. Think about what you are eating for lunch or dinner and who is paying for it. Think about the number of people who don't have food. How many years have you gone without a raise or without work? How do you get to work and who pays for it? Are you spending OUR money wisely? Have you overspent on things that just don't matter? When you create a congressional committee to investigate something, do you think about the cost? Do any of you live under the constraint of a budget? Think about the fact that you have a job.

Please consider the PEOPLE as you sit in your offices. Your party doesn't matter. What is good for all of the people isn't about party - it's about being an American. Have some pride in your work. Don't assume that you are doing a good job - DO a good job. Stop spending money we don't have. Think about the fact that you have jobs and benefits and many of your constituents don't.

Vote on what is right - not what is popular or what your party wants. Think about the PEOPLE - all of them. Think about what our forefathers would say if you were serving with them.

America needs to band together. We have lost sight of our common goals and we all seem to think we are right and everyone else is wrong. Remember that this great country was built upon differences in addition to the agreements. That compromise is always an option and sometimes - it's better than either of the original options.

I challenge you to remember that you are an American. You were voted into office and many of you have been in office for so long that you don't remember what it's like to find a job. Be the best you can be and live up to one man's dream for the future.

We the People are watching. Help us become ONE nation again. Help us tread into the future with hope rather than fear. Stop blaming each other and start working together. Only then will we live up to the great men and women who have served and continue to serve our country. 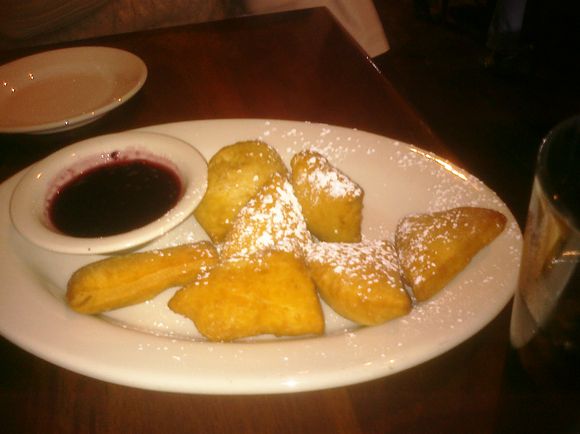