Friday night I went to see Vienna Teng and Alex Wong at the Edmonds Center for the Arts with Don and Julie Anne.  It was an AWESOME show.  I remember when Don introduced me to Vienna. I have been a fan ever since and find her to be an exquisite performer.

Saturday I slept till about 9 and then didn't do much during the morning and early afternoon.  In the later afternoon I ran a bunch of errands: grocery store for diet coke, Borders to get the latest Wheel of Time book, and dinner at Macaroni Grill.  I LOVE the mushroom ravioli there. After dinner I walked around Alderwood Mall to see the trick-or-treaters.  I saw the most ADORABLE 3 yr. old wearing a Winnie the Pooh costume.  He could barely walk due to the roundness, but he had the biggest smile on his face.  I came home and where I had no trick-or-treaters.  I was actually prepared for them as I had bought a single bag of candy but no one came.  I am pretty sure it's because I live on the 3rd floor and kids are really lazy these days.

Sunday I woke up about 7:30 am.  I hate daylight savings.  I proceeded to change the 7 clocks that aren't smart enough to adjust themselves and then I had waffles for breakfast.  Most of the morning was spent on laundry and Cisco ICND1 Exam prep.  I took 2 practice exams and let's just say that I need some more practice.  This afternoon I went to Sammamish Valley Cycle to get a new Jimi wallet.  My old one broke several weeks ago and I have been suffering with it ever since.  I made Simple Sesame Noodles for dinner and now I am sweating garlic.  Throughout the day my puddies have spent half their time on my lap and the other half in their heated bed.  Of course they were sleeping in both instances.  Now I am watching a little tv and wishing that the weekend were longer. 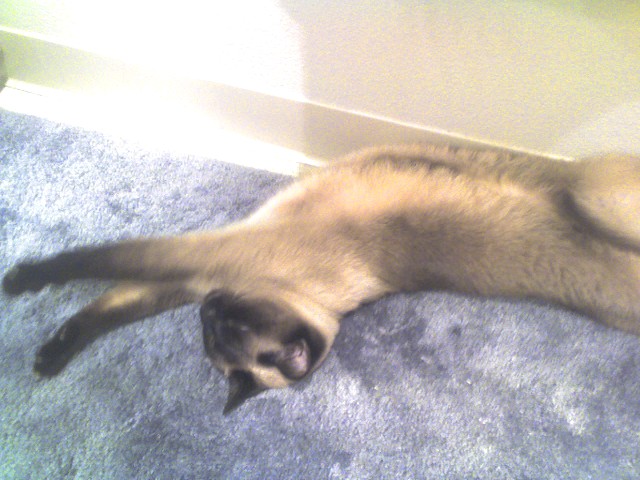 You can't have them 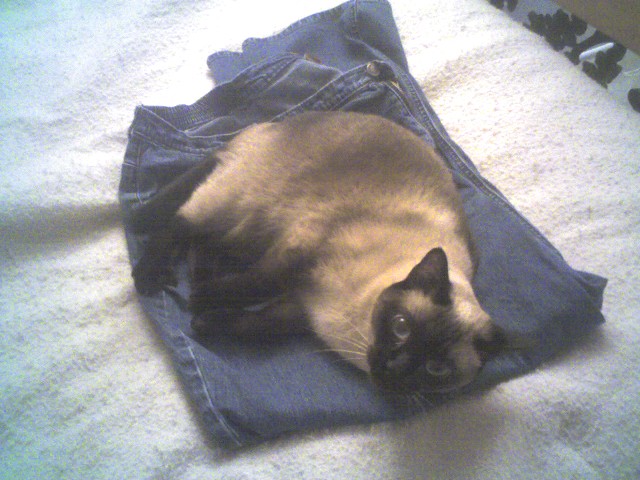 Buto attempting to keep me from getting dressed. 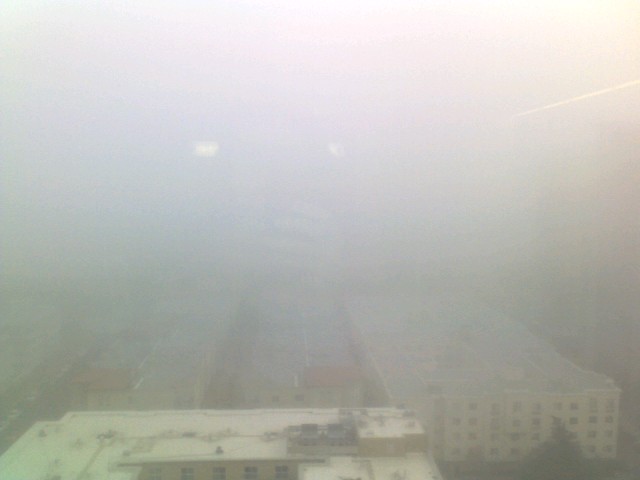 View from the 16th floor of Bravern2 in Bellevue

Lazy Sunday with my puddies 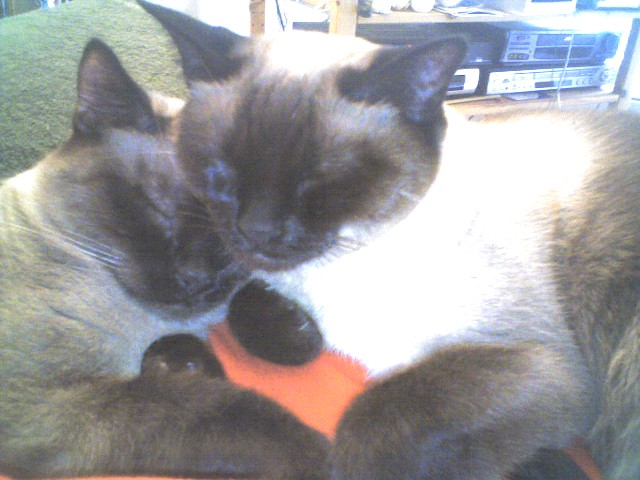 My kitties sleeping on my lap while I watch tv.  They are purring loudly. 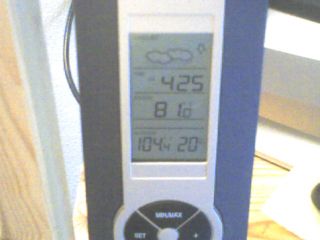 It's a little warm in my apt

Current temperature in my apt near the kitchen: 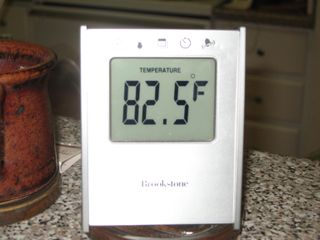 And in my living room: 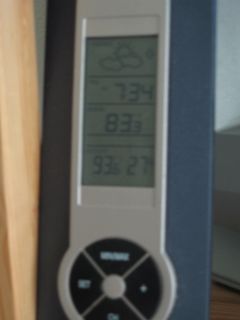 That's with my air conditioner on.  The upper temperature is the internal temperature.  The bottom left is the current outdoor temperature.  The sensor is in direct sunlight so it's artificially elevated.  I am actually pretty comfortable since I have the fan blowing directly on me.  My kitties are hiding under the bed.

I just took some garbage to the bin and when I returned I saw this giant moth. 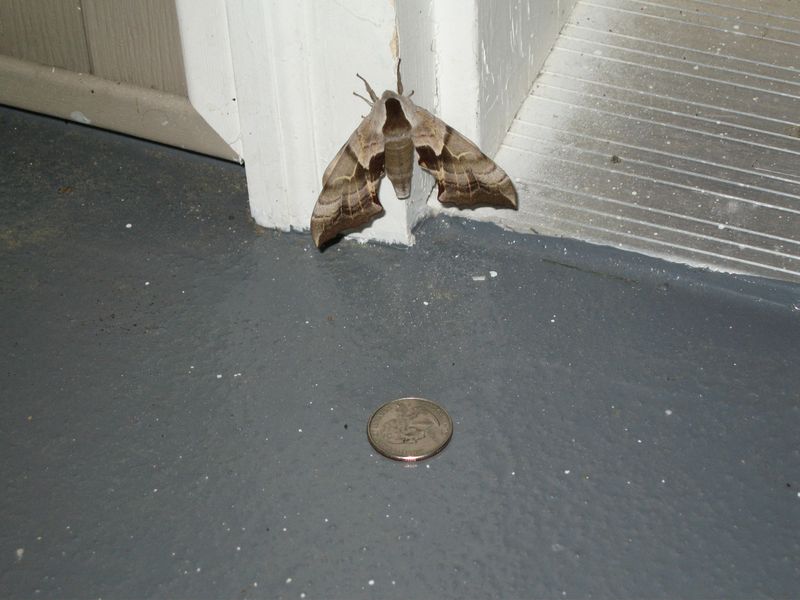 FYI - that's a quarter for comparison. 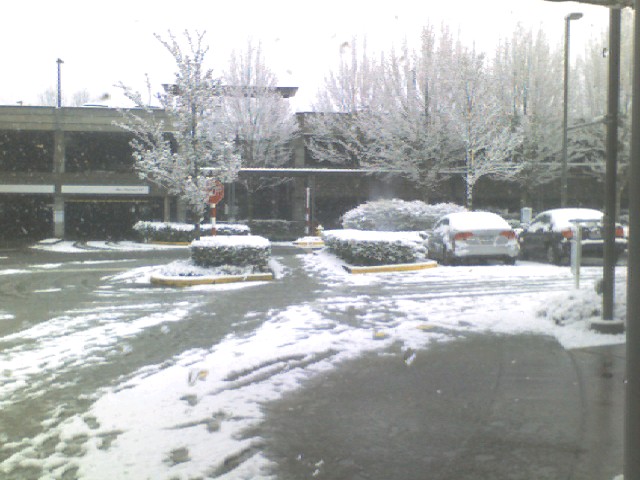 I could survive for 1 minute, 9 seconds chained to a bunk bed with a velociraptor